James Sunderland MP is supporting the Doggie DNA Bill that will be introduced in parliament on the 7 July after Prime Minsters Question Time.

The Bill is a Private Members Bill, introduced by the Arundel & South Downs MP, Andrew Griffith. The bill is also supported by the RSPCA.

The Doggie DNA Bill will create a national database of doggie DNA as a long-term alternative to microchipping.  As DNA is unique, the database will make it easier to identify dogs who may have been stolen or resolve ownership disputes. The database also has the backing of the National Police Council Chiefs Council.

Currently all dogs must be microchipped, but it is recognised that these can be inserted in correctly and can work themselves or be removed if the dog is stolen.  Dog theft increased by more than 250% in 2020, and in May of this year the Government launched a Pet Theft Taskforce to tackle the issue.  Recently the Public Protection Partnership (PPP), who deal with animal welfare issues in Bracknell Forest, Wokingham Borough and West Berkshire, warned residents about unscrupulous thieves marking houses who may have a pedigree dog to be stolen using coloured rubber bands.  The PPP warned residents to take care, to avoid social posts of their dogs and use a short lead taking different routes when walk their dog.

“We will welcome the measures that will streamline the process of registering dogs, making this easier for owners and authorities and vets to get the information they need. We would encourage anyone who supports this Bill to get in touch with their MP to ask them to get involved.”

“As the owner of a much-loved family dog I would want to do everything I can to identify him in the event that he was stolen.  The impact of dog theft on the families left behind is heart breaking.  Given the known issues with microchipping this database is a unique record of the dog and their owners and may go some way to deter gangs involved in this crime.

“I would encourage all constituents to show their support using the #DoggieDNABill on social media.’’ 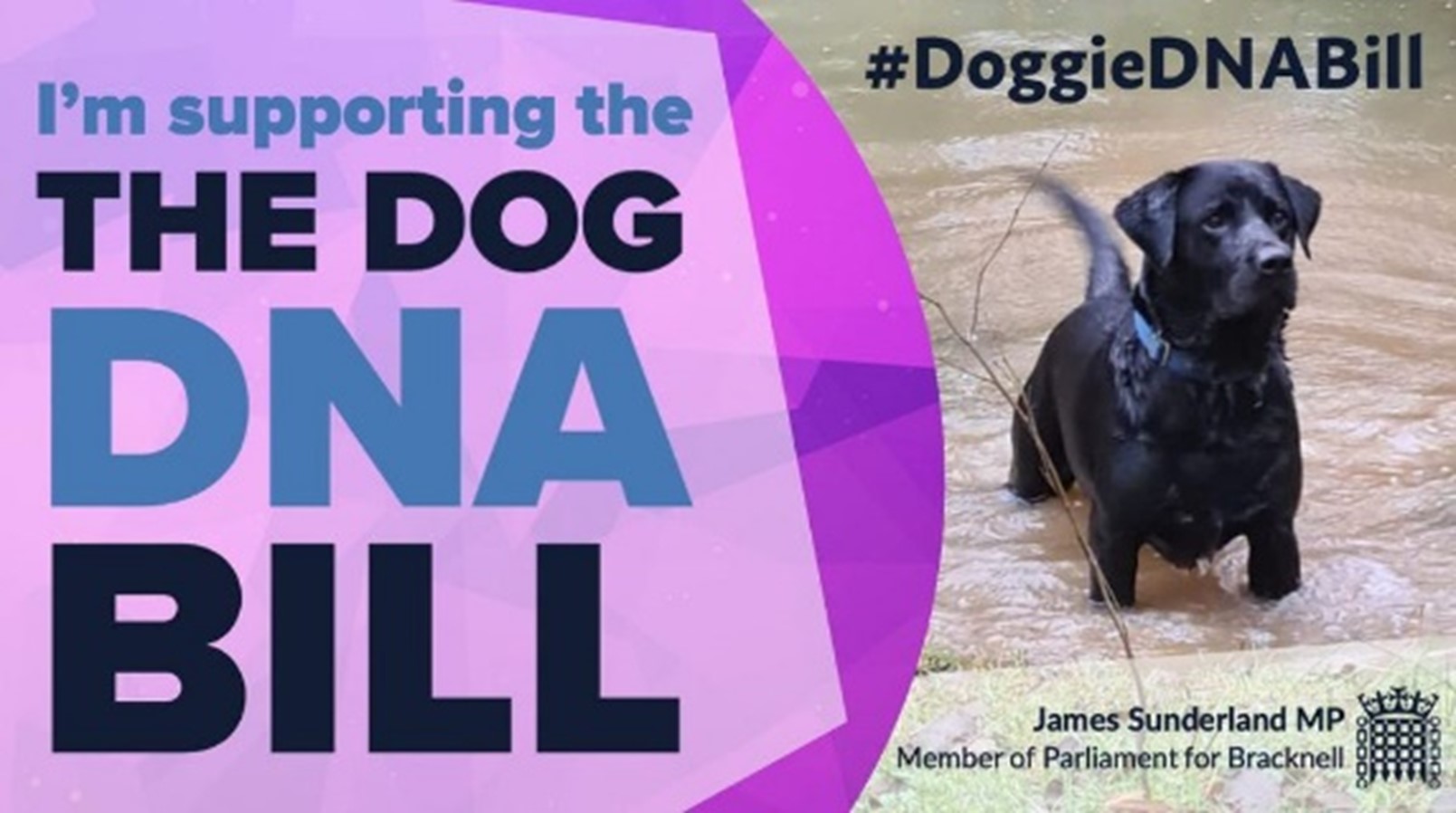