Skip to main content
James campaigns for a Police Covenant

Home Secretary the Rt Hon Priti Patel has praised Bracknell MP James Sunderland for campaigning for a Police Covenant to ensure officers in the Thames Valley area are recognised for what they do to keep the public safe.

James met with Ms Patel at a police event in Westminster on Wednesday, where MPs discussed Government plans to introduce the Covenant and its promise to recruit more officers on the streets from April. The MP for Bracknell, Crowthorne, Finchampstead, Sandhurst and Wokingham Without is part of Blue Collar Conservatism (BCC), a group which campaigned for the Covenant and increase police numbers – two measures that the Government has adopted.

Speaking at the event, the Home Secretary said BCC was crucial to the recent General Election victory and praised the group for pushing an agenda that ensures that working people are at the forefront of what the Government does.

Ms Patel added: "MPs have been hearing from our hard-working constituents about their concerns on crime for a long time. That’s why last year I promised, alongside the Prime Minister, that our party would take its rightful place as the Party of Law and Order in Britain once again.

“Every day as Home Secretary I am working on sending a clear message to criminals that they will be properly punished, so that the law-abiding majority, voters across the country can live their lives free from the fear of crime.”

An eight-week consultation into what should be included in the Covenant is underway. BCC would like the Covenant to include tougher sentences for people who assault an officer, protecting the mental health of serving and retired officers, equipping them with the right resources and powers to do the job and legal support for the tough on the spot decisions they have to make to protect the public.

The group also lobbied for more officers and Prime Minister Boris Johnson has promised an additional 20,000 officers across England and Wales within the next three years. The first recruitment tranche alone will see 183 extra officers recruited in 2020/21, over 20 of which will come to Bracknell. 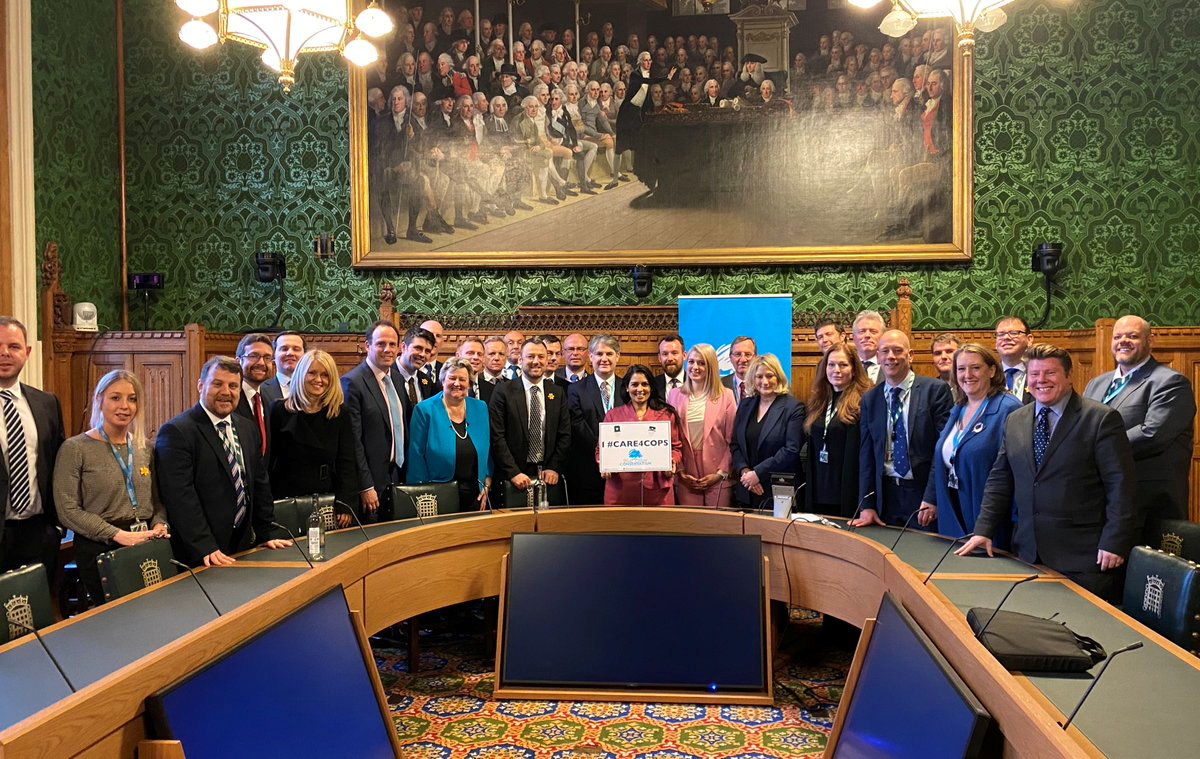 Campaigning for a Police Covenant.