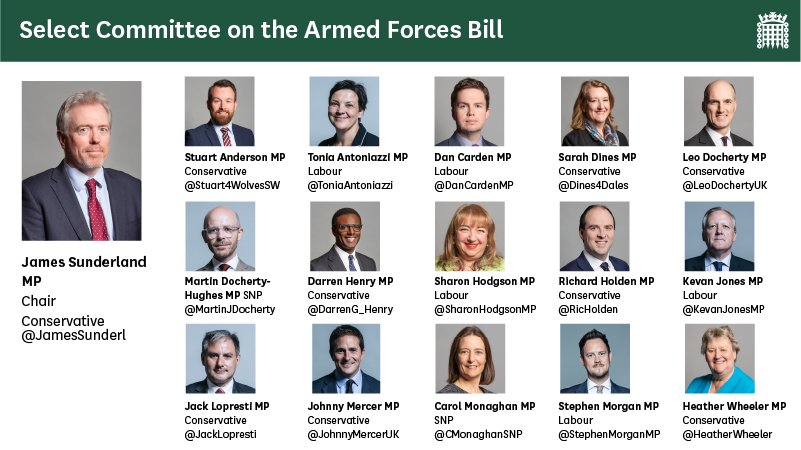 The Select Committee on the Armed Forces Bill 2021 may go through the Bill formally, clause by clause, and make amendments, it may also take formal oral and written evidence and make visits. As well as reporting the Bill to the House the select committee may make a Special Report to the House of its findings and recommendations. While this is a select committee, which functions largely under usual select committee procedure, it can also meet and function like a public bill committee.

The Committee reminds witnesses that it has resolved not consider individual cases.

Evidence submissions will be accepted until midday on Sunday 21 March and earlier submissions are likely to be referenced during the Committee’s oral evidence proceedings.

Chair of the Committee on the Armed Forces Bill, James Sunderland, said:

“The Committee will work intensively, within the space of a couple of months, to explore not only the Bill itself, but also the current imperatives facing our Armed Forces, such as the efficacy of support available for service personnel, veterans and families as well as the structures in place that both safeguard and ensure accountability.

“I look forward to working with colleagues, in Parliament and Government, on this unique select committee.”