A campaign group aimed at ensuring that the voices of hard working people are heard in Westminster has secured the support of James Sunderland.

The MP for Bracknell is part of the Blue Collar Conservatism group, which wants to reconnect with the working families not supported by Labour and develop a post-Brexit agenda based on domestic policies to benefit local communities.

The group led by Tatton MP Esther McVey, met following the success at last month’s General Election to discuss what issues people up and down the country want action on.

Mr Sunderland said: “Blue Collar Conservatism is about having conversations with regular people and breaking free from the Westminster bubble. We want to get out there and engage with local communities, some of who may have never shown in interest in politics before, and hear what they think needs to happen to secure a better future for generations to come. This is about ensuring that the Bracknell, Crowthorne, Finchampstead, Sandhurst and Wokingham Without continues to be a great place to work, live and play.”

The group now boasts more than 125 MPs and will continue holding meetings in pubs up and down the country to seek public opinion on issues including education, housing, the NHS and transport.

Data collected from each event will be analysed by area and nationally before the MPs set out their findings and demands to ministers.

Ms McVey said: “Let’s be in no doubt there has been a political earthquake caused by a Blue Collar Conservatism revolution. We are about common sense, reconnecting with people and bringing working peoples’ voices to Parliament.  We have to make sure we deliver for the people who put their faith in us and lent us their vote.

“We want to spin Westminster, on its head, break free from the Think Tanks, get out there and do what is right for the people we represent. We want to make a difference to our high streets, to transport, to the NHS, to education and have a real impact on shaping our future.”

BCC was founded in 2012 but re-launched in 2018. It was the driving force behind the Government announcing it would introduce a Police Covenant – a scheme whereby Thames Valley Police officers will be offered support both in and out of the job, similar to the Armed Forces Covenant. The group campaigned for action which was supported by police bosses across England.

Ms McVey said: “We have been a successful campaign group and we want this to continue. The voters believed in it and we are going to help Boris deliver on things that voters want. We are changing politics and Blue Collar is what it is going to be for the foreseeable future.” 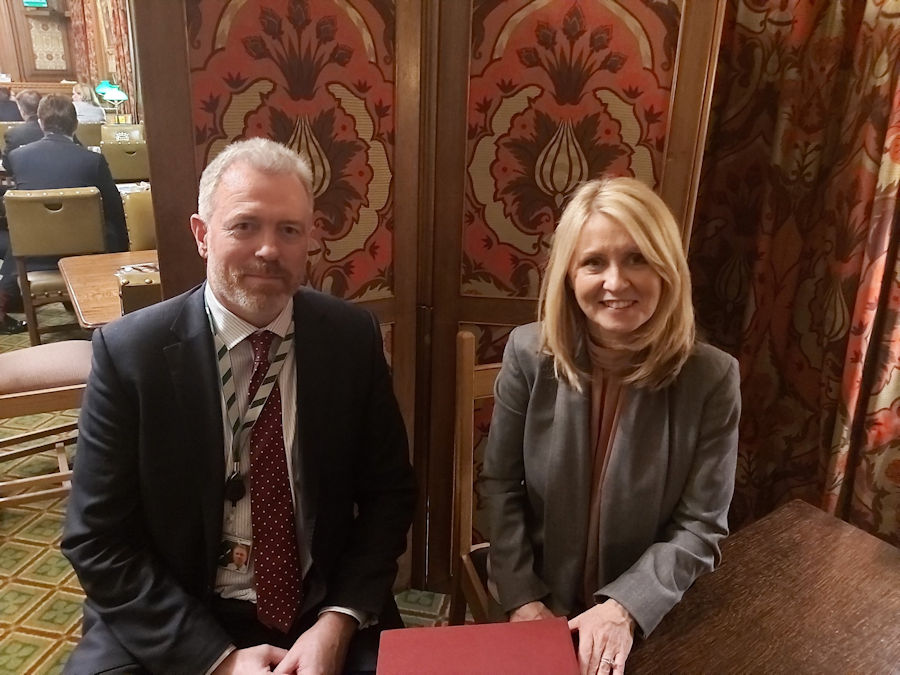