Mike and Louise Sanderson and their staff have ensured the school has an Outstanding OFSTED certification.

Opened 30 years ago with only 12 children in term time only, they now have three separate buildings with over 130 registered children, and employ 25 staff. Over 2000 children have been to the Nursery, including many from the RMAS.

James said:
“I was delighted to attend this celebration. Many congratulations on achieving this impressive milestone.” 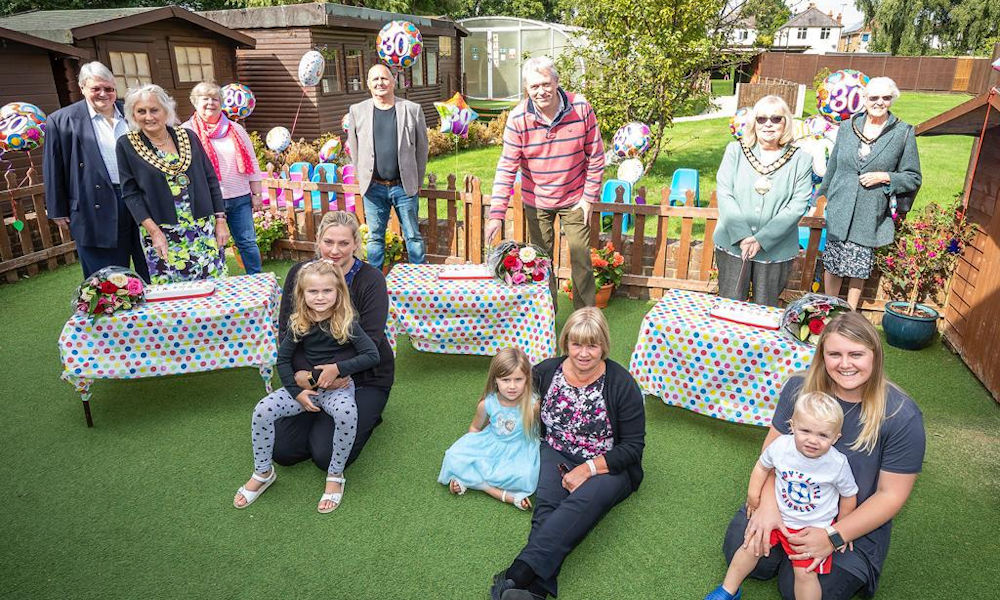